Atomic Liquors is the oldest freestanding bar in Las Vegas. We also operate The Kitchen at Atomic and Atomic City Brews, our festival program, all with the same passion that led the Sobchiks to reopen Virginia’s Cafe as Atomic Liquors in 1952 and spend the rest of their lives serving its patrons. 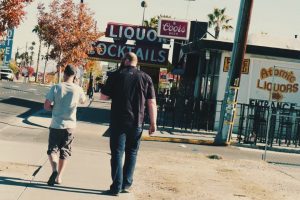 Our focus on our beer program, led by GM and Certified Cicerone® Rose Signor, means our taps are constantly rotating. Since reopening, Atomic has served more than 500 different craft beers on tap.

We want to elevate the Las Vegas craft beer scene, and that goal led us in 2016 to launch Atomic City Brews, a new festival program with a dual mission: to expose Las Vegans to a variety of great beer not readily available in the city, and to expose brewers around the country to the burgeoning craft beer scene here.

Closer to home, we’re excited to open The Kitchen at Atomic in spring 2017, with chef Josh Horton at the helm. The restaurant will focus on New American fare, with some twists on bar food favorites on the menu, as well. We hope to see you there!